She is the Pradana Dayikawa of the Kelaniya Vihare at present They were both trained in Gynaecology. Cortage leaves A. Minister of Health Had interest in the Kelaniya temple and was a member of the Buddhist committee of inquiry. Died in a Lear jet plane crash over the seas of Malaysia.


Dec 21 The Upali I Knew — he was quite a guy. I returned to Sri Lanka in from an overseas posting and resumed duties at the Foreign Ministry. Shortly afterwards, President J. Jayewardene summoned me one morning.

I had never met the President and was quite curious as to how he knew of my existence. As for the reason for his having summoned me, that too was explained. The President very quickly came to the point. He wanted me to assume duties as Secretary-General of the board of investment or the Greater Colombo Economic Commission, as it was then known. Perhaps some reports on the functioning of the Batan Export Processing Zone in the Philippines which I had sent my minister friend had also been shared with the president. It was a presidential order and as such I had no option. 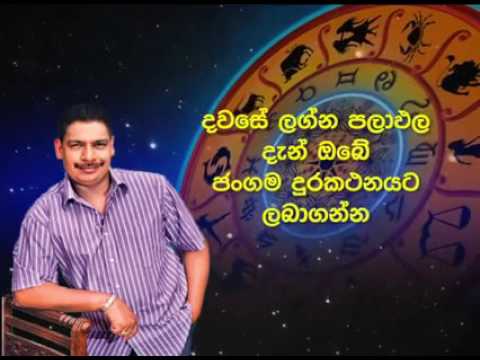 The Free Trade Zone had been established through an Act of Parliament, which gave it wide-ranging powers-it was not only a Board of Investment but also the local authority for an area larger than Singapore. The newspapers were also full of reports about differences between the flamboyant Chairman and Director General Upali Wijewardena and a particular colleague of his.

In the circumstances one would understand my own reluctance to accept the appointment, but I was curtly informed that President Jayewardene had in fact made an order and that I had no option. When I assumed duties Upali Wijewardena was away from the country. We had met once before socially but I did not in fact know him.

When he returned from his overseas tour he sent for me — we shook hands and his first words were "you know I was never consulted about your appointment. A friendship was made. We worked out of the same floor — I was not only the Executive Secretary but he considered me to be his senior executive. On one of those occasions he asked me the following question: "What is the grade a student receives if he makes twenty five mistakes out of one hundred in an examination.

Upali responded, "Quite. He had the strength to delegate.


He also had the ability to spot talent and was never afraid to give others responsibility. I recall the case of a young man who looked so boyish that I thought him to be a fourth former, whereas he was a graduate of good U. Upali wanted to post him to an important overseas office-and some of us had reservations. But he said "no, let us try him out," and he certainly delivered.

Upali was considered by some as aloof and arrogant, but those of us who worked with him found him to be quite a genial person, fond of relating anecdotes. He seemed to always want an audience. I recall a particular anecdote, he had applied to Levers -for a single post of management trainee — and after many interviews only two survived and he was one of them. The soup had been served and his competitor had tilted the soup plate towards himself to gather the last spoonfuls.

He never forgot his beginning. He would often recall that he did not have the capital to make his dream of becoming a dollar millionaire at age 40 come true. He would refer to the purchase of a "thachchi" toffee business and remember those who had helped him. One story bears relating. There were four or five persons around the table and someone made a derogatory reference to the late Mr. Ilangaratne - that was the first time I saw Upali angry - he almost assaulted the man. He said that Mr. Ilangaratne was eking out a bare existence, and that if he had made money in the manner that his political enemies made out.

He would not have to depend on the charity of friends to survive. Upali, the capitalist had many socialist friends—one of whom was Sarath Navana of the LSSP who edited the party paper.

This I believe was the cause of his undoing. He made more enemies than friends, and his enemies were very powerful persons. When the hearing finally came around, rivalries within the commission were not as bitter as they had once been, old wounds had been healed, and we expected the commission to have a smooth crossing. Upali, who had no respect for Premadasa had snapped back "yes, of course we look after those who work for us and this is in the best feudal tradition - something which you will not know anything about".

The High Posts Committee of course found Upali unsuitable. What had indeed become a huge joke did not end there: the findings of the High Posts Committee created by President Jayewardene had absolutely no effect. President Jayewardene had told Upali that it was he who had appointed him and therefore there was no need to step down! Those were the days. President J, though he stood by his kinsman on that occasion, let him down badly on another.